A modern fast catamaran – with 160 paying customers on board – was in Budapest this past week-end for a sight-seeing trip connecting the Austrian and Hungarian capitals on the Danube. After a successful trial, at least three similar trips will be organized next year.

The Twin City Liner has been traveling between Vienna and Bratislava for 14 years, with up to three daily trips depending on the season. Previously, two smaller ships served the route, but since spring 2019, they have been replaced by a new 250-seater speedboat. For this 250-seat ship, the journey to Budapest took six hours on Friday, while the trip back to Vienna on Sunday takes about seven and a half hours.

Those on board also included a delegation from the City of Vienna. On this occasion, Vienna Executive City Councilor of Finance, Business, Digital Innovation and International Affairs met with Budapest Mayor Gergely Karácsony. 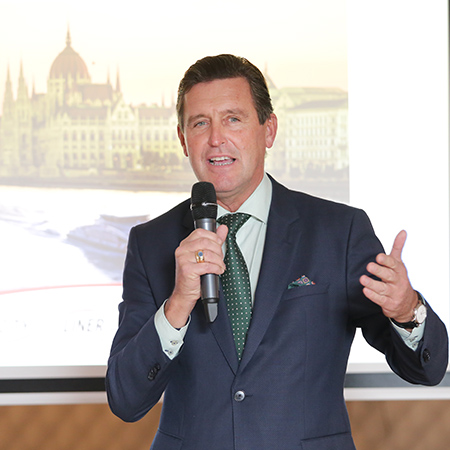 A cooperation agreement has been in place between Vienna and Budapest since 2002, covering areas such as urban development, environmental protection, social policy and culture. During the meeting, Gergely Karácsony said that Vienna, one of the world's liveliest cities, is a role model for the Hungarian capital in many areas. The aim is to make Budapest a greener, smarter, more sustainable and livable city in the coming years in the footsteps of Vienna.