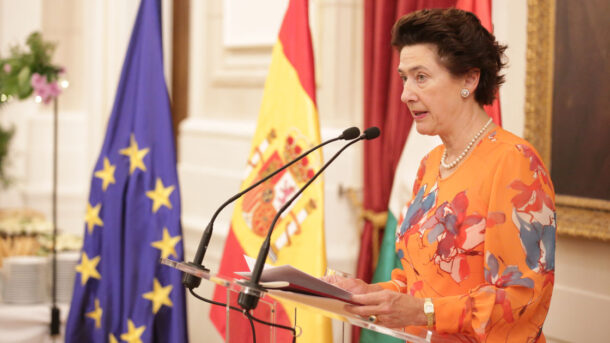 On the occasion of Spain’ National Day and that of the end of her tenure in Hungary, the Ambassador of Spain, Anunciada Fernández de Córdova invited members of the diplomatic corps, Spanish nationals living in Hungary and other guests to the Aurea Ana Palace Hotel in downtown Budapest. The National Day of Spain (Fiesta Nacional […] 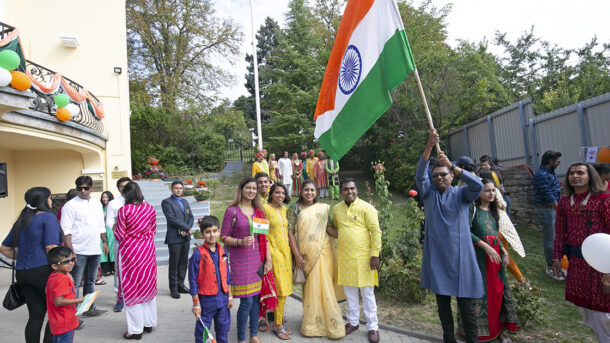 The Embassy of India in Budapest has organized a ceremony to celebrate the country’s Independence Day that marks the end of British rule and the establishment of a free and independent Indian nation. As the Embassy statement says, “on August 14, 1947 Indian people freed themselves from the shackles of colonial rulers and decided to […] 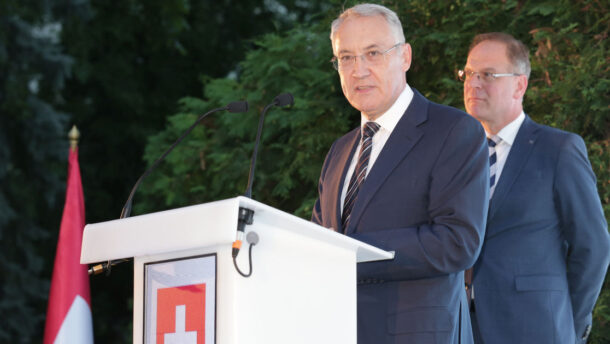 The Ambassador of Switzerland to Hungary, Jean-François Paroz and his wife, Dr. Yulia Gusynina Paroz welcomed hundreds of guests to the garden of the Embassy of Switzerland in Budapest this Monday evening to celebrate Swiss National Day. The August 1 national day celebrates a treaty of alliance from 1291 between the cantons of Uri, Schwyz […] 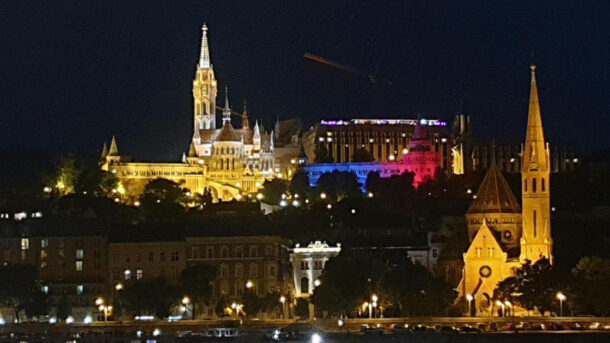 On the occasion of the 212th anniversary of the Independence Day of Colombia on July 20th, the Embassy of the Republic of Colombia in Budapest, with the support of the Mayor’s Office of Budapest and the BDK Budapest Flood and Public Lighting Ltd., achieved to illuminate the emblematic Fishermen’s Bastion, part of the complex of […]

The Mexican Embassy in Budapest held a commemorative ceremony on the occasion of the 210th anniversary of the start of the Mexican War of Independence. The celebration in the garden of the Embassy began with the ceremonial hoisting of the country's flag, which was followed by a minute of silence in the memory of Mexicans […] 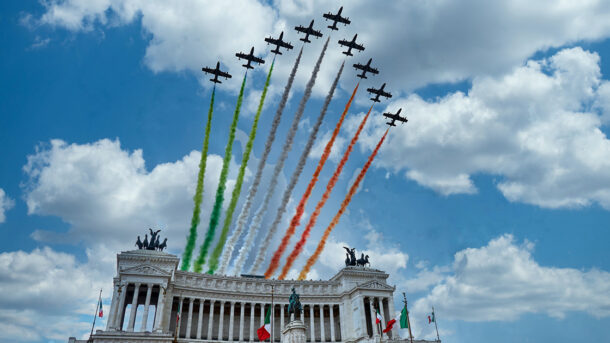 On June 2, 2020, Italians celebrate the 74th anniversary of the foundation of the Italian Republic. As Ambassador Massimo Rustico puts it, this day also means “sharing and constantly living values such as justice, democracy, equality and solidarity,” especially in such an extraordinary and dramatic moment of history as this one due to the COVID-19 […] 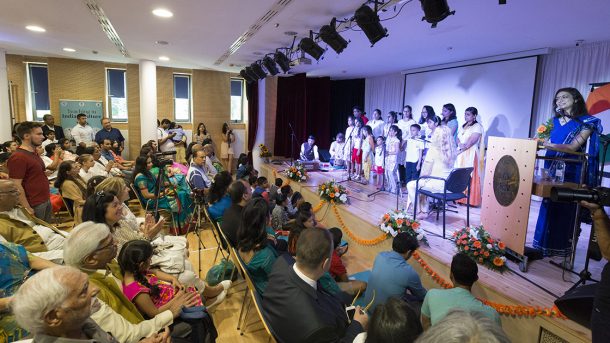 The Embassy of the Republic of India held a ceremony this Thursday morning at the Embassy in the Buda Hills to celebrate the country's 73rd Independence Day with "all Indian nationals, persons of Indian origin, friends of India in Hungary and the local press." The event began with a flag hoisting ceremony and the singing […] 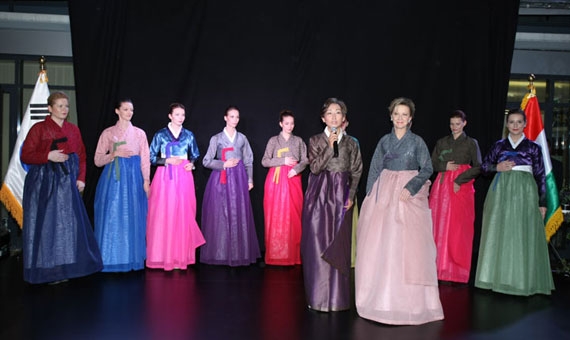 The Korean Ambassador to Hungary, Yim Geun-Hyeong welcomed guests at the traditional Korean National Day reception held at the Korean Cultural Center in Budapest. This year, the reception was organized within the framework of the K-Culture Festival comprising several modern and traditional cultural events. 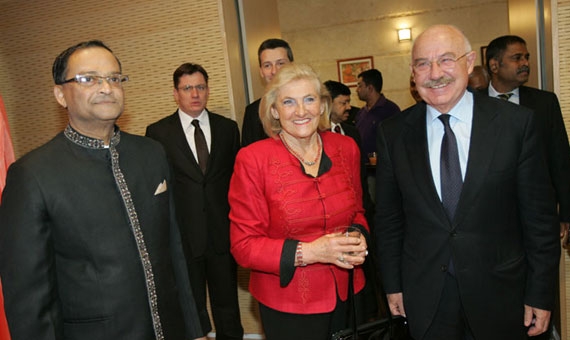 India's 65th Independence Day was celebrated in the Indian Cultural Center in Budapest this Sunday evening. The event was attended - at the invitation of Ambassador Malay Mishra - by members of the diplomatic corsp and those of the Indian community in Hungary. The guest of honor of the celebration was Hungarian Foreign Minister János Martonyi. In the famework of the celebration, an exhibition on Mahatma Gandhi was also opened. 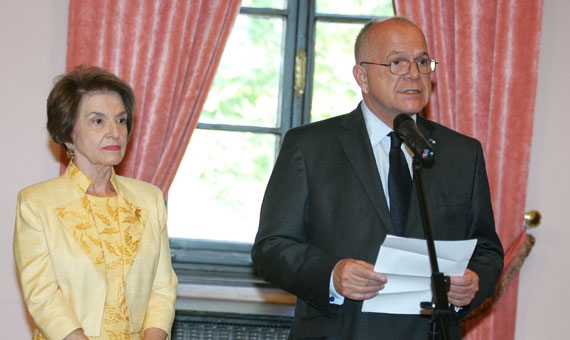 The new Brazilain Ambassador to Hungary, Valter Pecly Moreira, invited guests to the Institute and Museum of Military History in the Buda Castle celebrate the Opening Reception of the Brazil Week on the occasion of the country's National Day. 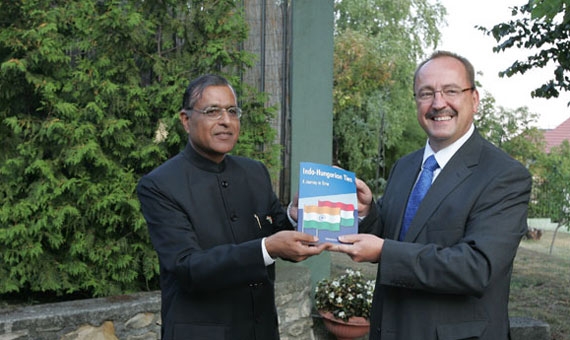 250-300 people accepted the invitation of the Indian Ambassador to Hungary, Gauri Shankar Gupta to the India House in Budapest to celebrate the 66th anniversary of the independence of the Republic of India as the country became an independent nation within the British Commonwealth on August 15, 1947. 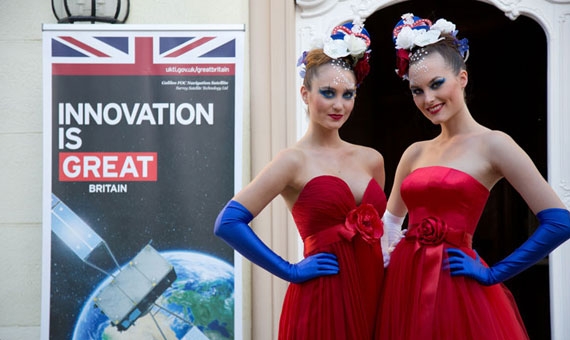 British Ambassador Jonathan Knott welcomed hundreds of guests to his residence in Budapest to celebrate the Queen’s Birthday. The special guest of the event was the Hungarian group ‘Attraction’ who won this year’s ‘Britain’s Got Talent’ show. 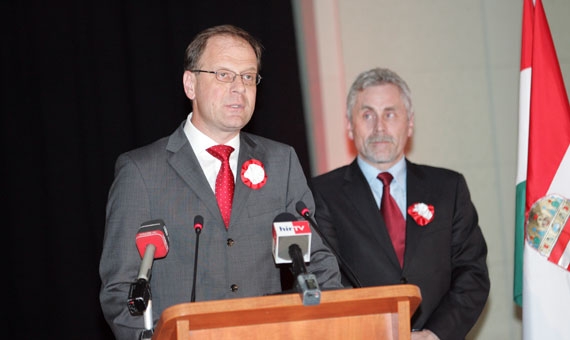 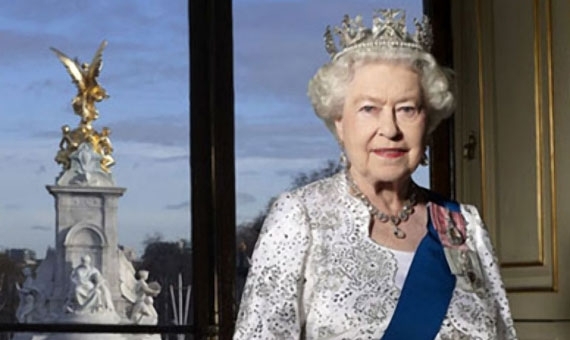 Her Majesty The Queen sends her best wishes to His Excellency Dr János Áder, President of Hungary on the occasion of Hungary's National Day.

“It gives me great pleasure to send Your Excellency my congratulations on the celebration of your National Day, together with my best wishes for the happiness and prosperity of the Government and people of Hungary in the coming year. 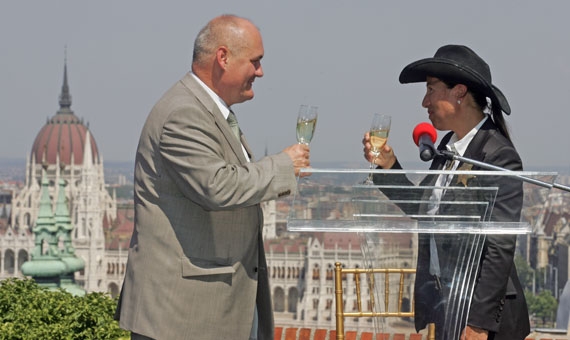 The Embassy of the United states of America in Budapest held its traditional Independence Day celebrations at the Táncsics compund in the Buda Castle in Budapest this week with hundreds of guests invited by Ambassador Eleni Tsakopoulos Kounalakis.