A few decades ago, the initials of the Organization of the Petroleum Exporting Countries were a rather dreaded four-letter word in the Western World, from the U.S. through much of Europe to Japan. This was especially true in the 1970s when the members of OPEC practically held hostage the industrially advanced countries, the so-called first world countries, by hiking oil prices at will. Fossil energy was a political weapon, as well: it was introduced first in response to the U.S.’s (and other western countries’) assistance to Israel during the Yom Kippur War in 1973. The cooperation among the members of OPEC has not been that smooth all the time, though, despite the fact that the organization was not torn apart even by wars between some of its members – witness the decade-long war between Iran and Iraq in the 1980s.

Changes have occurred recently that have weaken the coherence of the group and, therefore, its political clout in the world. One of them relates to the emergence of the so-called OPEC+; in reality, it means that Russia and Kazakhstan have been taking part in OPEC’s decision-making process for some time. It is especially Russia’s presence that has the 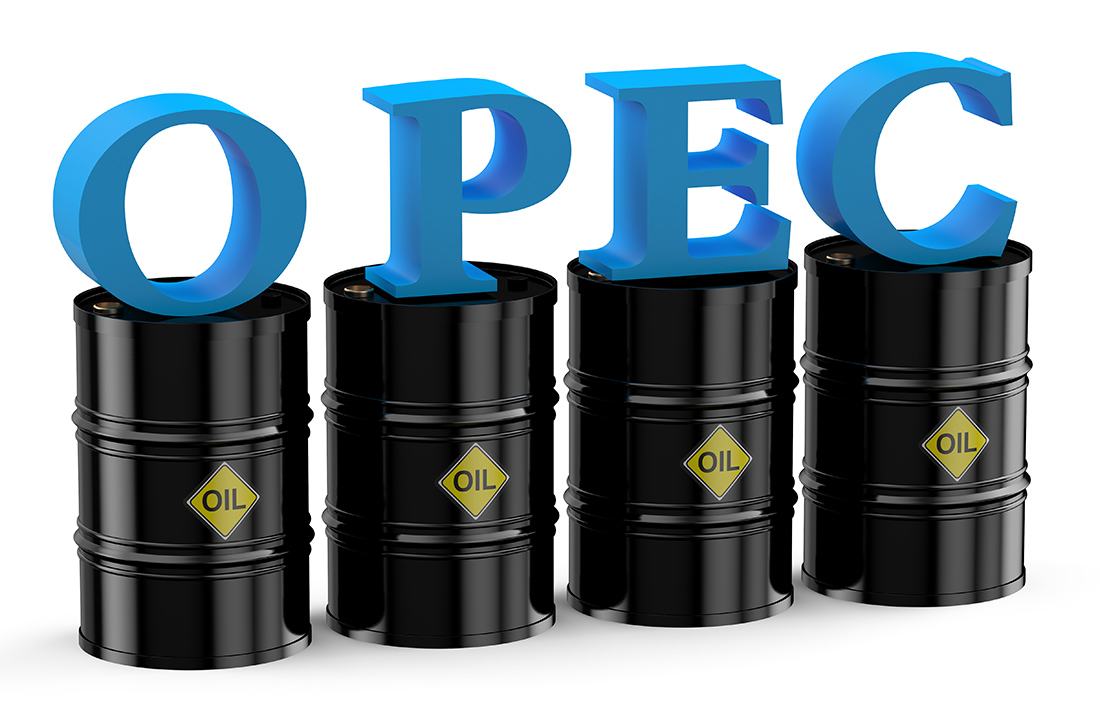 potential of threatening higher prices of oil, which most of the members of OPEC favor; as Rosneft CEO Igor Sechin put it bluntly, if oil prices go down, Russia will boost output. Russia is a one-dimensional country as far as its economy is concerned (‘a Saudi Arabia with nuclear weapons’): the larger share of its GDP is generated by the production and sale of fossil energy sources (oil and natural gas); therefore, it is a must for Moscow to rake in as much revenue as possible from these sources, and if their price declines, they tend to compensate by increasing production.

Another problem for OPEC is President Trump’s determination to put the U.S. on a self-sufficient basis in energy production and consumption. The U.S. purchased enormous amounts of oil from OPEC members in the Middle East, Africa and Latin America in the past, but not now. In fact, the Trump administration is making efforts to appear as a competitor in the world market of energy supplies. So far, it has made inroads into the LNG supplies, and is targeting first and foremost the European countries with the geopolitical, geostrategic, and geo-economic goals of reducing the continent’s energy dependence on Russia. ???In a more competitive environment, Moscow would not be able to generate as high a revenue as it needs to bankroll its ambitious foreign political goals in its neighborhood and as far as the Middle East, with obvious strategic advantages for the U.S., Russia may be worried about another development in this area. President Trump and President Xi Jinping agreed in Buenos Aires in December 2018 that Beijing would increase its energy purchases from the U.S. If it is really realized (and there is a big ’if’ given the volatile trade relations between the two countries), then another traditional OPEC – and Russian – market will become more competitive in the future. The Trump-Xi agreement/understanding may be bad news for another country with a more or less one-dimensional economy, Iran, because Tehran, similarly to Russia, have based their energy export mainly on China (the No. 1 energy importer in the world).

OPEC’s coherence is further weakened by the rivalry between the organization’s largest oil producer, Saudi Arabia, and the one with the largest natural gas reserve in OPEC, Iran. They are engaged in a sectarian struggle (Sunni versus Shia), as well as a geopolitical contest to become the major regional power in the larger Middle East. Their rivalry has produced ’collateral damages’ in the region; first and foremost Yemen, which is seen as a proxy for Iran by Riyadh. Another casualty, though, not in the physical sense of the destruction of lives and property, is Qatar, which left OPEC as of January 1, 2019. At first sight, this is not that big deal for the organization: Qatar produced around 2% of the total oil output of OPEC. However, the country is the largest exporter of LNG in the world, and there is a rather slow but gradual shift towards cleaner energy. Doha has already indicated that it will significantly expand its production of natural gas, from 77 million tons to 110 million tons annually, that is, by 43%. Qatar’s decision to leave OPEC can mainly be attributed to its disputes with Saudi Arabia and some other Arab countries, such as the United Arab Emirates, Bahrain and Egypt, which have imposed an economic boycott on Doha. Its departure may have serious longer term consequences for the organization.

Saudi Arabia on the spot

The 800-pound gorilla in OPEC is, obviously, Saudi Arabia, which is currently pumping some 10.5 million barrels a day (bpd), that is, around a third of the total amount produced by OPEC (31.6 million bpd). So, it is not too far off the mark to say that whatever weight OPEC has is, in reality, almost exclusively Saudia Arabia’s. The American-Saudi cooperation during much of the history of OPEC, especially in the last few years of the Cold War when the Reagan administration was closely coordinating energy policies with King Fahd, defined worldwide energy policies to a large extent. The relations between Washington and Riyadh have come under certain strains recently. On the political side, the murder of Jamal Khashoggi caused friction between the two countries, and a number of members of the U.S. Congress even called for the suspension of arms sales to Saudi Arabia, which might have affected its standing in the region, especially vis-á-vis Iran. Another aspect of this incident may have longer term estrangement on a personal level: the likely successor of King Salman, Prince Mohammad bin Salman has become a persona non grata in a number of quarters, and it is difficult to predict now how long it will take for him to live down his current bad reputation in political and economic circles. As for the energy front, America’s efforts to attain self–sufficiency, and even beyond that, to become a major energy exporter, has put Saudi Arabia on the spot to some extent. In addition, President Trump requested Riyadh that Saudi Arabia cut prices, but it is not in the best interest of the Arab country.

Finally, there is one estimate that seems ominous for the coherence of OPEC, and its importance as an organization in the future: since 1982, OPEC has cheated on its own production targets 96% of the time. If this number increases, that will in reality be the end of the organization – at least in the form in which it was conceived in Baghdad in 1960.