During the two years that I have lived in Budapest, I have discovered a growing interest for Mexico and above all, for its art and cuisine, even in my walks, I literally ‘meet’ Mexico every day.

I pass through the Bartók Béla Boulevard and in the windows of its many galleries I find graphic works, sculptures and photographs of Mexican artists, then, I turn from Pest towards the Palace in the Castle District and a huge blanket with the image of Frida Kahlo invites me to visit the National Gallery. I also find in its streets every day more and more Mexican restaurants and in the menu of many others, there is always an option of Mexican inspiration. Even in one of these long journeys at night in Budapest, I find cocktails with tequila or mezcal on the menus offered by the bars and among the voices of visitors, I often distinguish Spanish with a Mexican accent. Also, great names such as that of Ramon Vargas or Rolando Villazon fill the programs at the Opera.

It seems that through its colors, aromas and textures, the idea of Mexico adds to the varied cultural offerings of the city. This trend was clearly seen with the exhibition of the work and life of Frida Kahlo that in the autumn and summer of last year was the most popular exhibition of the last five years in Budapest with more than two hundred thousand visitors. After this exhibition and the program of activities that we organized from the Embassy of Mexico, we saw a multiplying presence in fashion, theater, food and even in arts creations.

What makes Mexico be present here while it is physically so far from Budapest? For me, as a personal experience, Budapest is a city always ready to be discovered and the intensity of its cultural life during the 19th century fuels the rebirth of recent years. I have the impression that this is one of the best moments of the life of Budapest and all the international things that come with tourism, culture, cuisine and fashion contribute to it. Unlike the city that grew around the migration from the countryside to the city in other centuries, today, the circulation of ideas has a lot to do with the thousands of young people who have lived abroad through the Erasmus Program, an economic growth, as well as the thousands of tourists who fill the city’s squares, shops and museums every week. A bustling city in Europe that increasingly becomes the destination for travelers and that grows to the extent that it responds to the new languages and tastes that make it day by day more cosmopolitan for its visitors and its inhabitants.

For example, I remember once when I arrived on a Saturday at the beginning of winter, in District XIX, to a neighborhood that I had passed on my way to the airport but where I had not previously set foot. There, I felt the isolation caused by the lack of the knowledge of the language; it does not count what official titles you have when you realize that you do not have even the most elementary tools to make yourself understood from the quiet comfort zone that diplomatic status gives you sometimes.

I walked across buildings trying to find the gym of the secondary school I was looking for, the noise led me wrongly to enter a municipal pool. Going back, I followed a different noise and found the entrance I was looking for; dozens of young people were shouting and everything was in Hungarian with some expressions in Spanish! The girls in charge of the entrance let me pass and they wished me luck when I said that I was looking for the Director. The noise was increasing, the young people were joined by many adults and some children, all of them relatives of these young students. Everyone wore Sunday clothes, the boys in coat and a tie that evidenced not having been worn before and the girls in sensational suits, full of youthful energy.

When I arrived at the gym I could only appreciate the atmosphere of excitement, the farewell of those who graduated, the pride of the parents and the joy and passion of the dances. I never reached the place that had been reserved for me, I did not dare to cross the track to get to the Director and the teachers, but I greatly enjoyed that youthful energy and that familiar communion. As an addition, all the students spoke the Spanish language, so, it was not difficult for me to understand how the ceremony was going and the meaning it had for all of them. After all, there are common moments in the life of humanity, such as school graduation.

That cold night in the middle of winter, I felt surrounded by warmth and emotions as if I were at home and I could appreciate how close we can be. In these hundreds of Spanish-speaking kids, I have found partners for many years as their spirit and energy color Budapest.

This city has allowed me to participate in various initiatives aimed at promoting diversity and stimulating public participation of all groups in society. Just as I see in young people a growing European perspective from their Hungarian identity, I also see women obtaining their own spaces with great thrust, the scope of this diversity undoubtedly makes this city stronger and more resilient. Besides all this, there is always an opportunity to develop one of my favorite activities: photography. Moreover, Budapest is so attractive for its architecture, and the people who live here for their dynamism and the possibility of catching a smile and also a serious face. The monuments full of meaning and the enormous number of plaques on the walls of their buildings, it is true, are one of the biggest enigmas for me because I can seldom fully understand who or what a certain plaque is dedicated to. That becomes a history lesson for me and forces me to find the information that allows me to understand what happened or who lived there. With the same surprise I discovered that the end station of the metro line M1, which is the oldest subway in continental Europe, is named Mexikói út (Mexico Road). The other example is that at the Keleti Pályaudvar Station of the metro line M2, there is a mural saying ‘The imaginary of the Mexican textile craftsmen’ by the painter Julio Carrasco Bretón.

Life is a dream to live 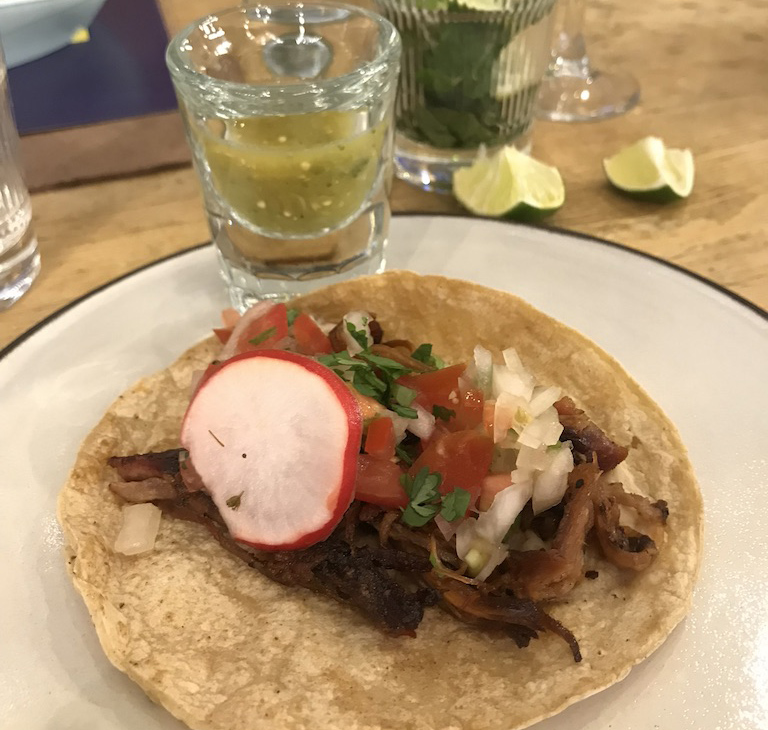 I have also discovered that I can invite Hungarian people to eat authentic Mexican food who will have no concern for flavors and seasoning. What motivates me the most is to see how the old spirit of discovering and adding new expressions to everyday life makes Budapest a contemporary city proud of its past and its environment. Knowing that even thousands of kilometers away from home, we can find elements in common between the two cultures confirms it for me that life is a dream to live daily.