Hungary’s dependence on Russian natural gas imports is a concern for the Trump administration, which seeks to help the eastern European country in diversifying its natural gas supply sources, U.S. Ambassador to Hungary David B. Cornstein tells Diplomacy&Trade in an interview.

Hungary’s reliance on Russia for energy supply has repeatedly been highlighted as an issue needing remedy both domestically and in the international arena. The country imports most of its natural gas for domestic consumption from Gazprom under a long-term supply agreement, due to expire by 2020. “My number one priority today is to see Hungary’s energy dependency on Russia reduced by the opening up of other sources of gas supply,” Ambassador Cornstein says.

Hungary is not alone in its reliance on Russian energy. The European Union also imports the majority of its natural gas from Russia and for years this has been accomplished via the free flow of gas through Ukraine. In recent years, the relationship between the EU and Russia has been under increasing strain due to Russia’s armed conflict with Ukraine, sparked by the former’s annexation of Crimea. The conflict is fueling uncertainty in Eastern Europe with regards to energy acquisition. For its part, Russia is also working to ease European concerns related to security of supply and the Nord Stream 2 pipeline – a project led by Gazprom – will directly connect Germany with Russia, bypassing Ukraine. The U.S. has been vocal in its criticism of European reliance on Russia for gas imports; former Secretary of State Rex Tillerson and current Secretary of State Mike Pompeo both strongly oppose the pipeline because Nord Stream 2 will increase Europe’s dependency on Russian energy while also harming Ukraine’s economic and national security.

Cornstein stresses that there are multiple ways for Hungary to cut back its energy supply reliance on Moscow; “we will keep working with the Hungarian government and all of the parties to make this happen. I believe the Hungarian government is aware of the importance of this issue and is committed to diversifying sources for their energy supplies.”

Hungarian Prime Minister Viktor Orbán, often the target of international criticism for maintaining close ties with Russia’s Vladimir Putin, said during a visit to Moscow last September that he had made an agreement with Putin on gas supplies from Russia after 2020. The premier noted that Hungary would like to see the Turkish Stream gas pipeline pass through Hungary and asked Putin to support these plans. Meanwhile, Budapest is also searching for ways to diversify energy supply. Hungary has declared its support for the new Partnership for Transatlantic Energy Cooperation (P-TEC), launched by U.S. Energy Secretary Rick Perry. P-TEC strives to catalyze investment in critical infrastructure within the twelve European Union member states that border the Baltic, Adriatic and Black Seas. The Hungarian government is working on including the Romania-Hungary (ROHU) natural gas pipeline and the Krk LNG terminal project in Croatia in the framework of P-TEC, as both projects need American political and financial support. The ROHU project and ExxonMobil’s deep-water Neptun project on the Black Sea in Romania – planned in co-operation with Austria’s OMV – would provide a new, substantial, non-Russian gas source to Central Europe. The Krk terminal will be the closest port to provide direct access to LNG sources, including Americans, to Hungary. Orbán’s government also announced in June the opening of a new seaport and logistics base in Trieste, Italy in the near future.

Ambassador Cornstein notes that Hungary and Ukraine overcoming their political difference is crucial for the future of Ukraine and stability in the region. “I’m hoping that there will soon be an opening to resolve the impasse between Ukraine and Hungary over language issues, so that NATO can engage more fully with Ukraine in the face of continued Russian aggression. As allies, we need to maintain a united front against this aggression.”

The conflict between Russia and Ukraine is now entering its fifth year. Since April 2014, some 13,000 people have been killed in fighting between Kiev's forces and the separatists who control parts of the Donetsk and Luhansk regions in eastern parts of the country. Cease-fire deals announced as part of the Minsk accords – September 2014 and February 2015 pacts aimed at resolving the conflict – have contributed to a decrease in fighting but have failed to hold. A new cease-fire agreement was reached on March 8, but both sides have accused each other of repeated violations since then. “We are allies, and we need to be engaged as allies so that we can face together the issues that endanger our collective security, whether it be Russian malign influence or threats posed by Chinese technology or the threat of terrorist attacks,” the Ambassador says.

Cornstein regards the continued strengthening of the U.S.-Hungary security relationship a cornerstone of bilateral relations. “On July 2, the Hungarian Parliament completed its work on the new Defense Cooperation Agreement between the United States and Hungary, which is a win for both of our countries. This Agreement will deepen our already robust security cooperation and help us prepare for the 21st century challenges we face together as allies. Hungary is on track to meet its NATO commitment to spend 2% of its GDP on defense, and is investing in the modernization of its military by purchasing NATO-interoperable equipment. In my opinion, they should buy the best equipment available, which comes from American companies,” the Ambassador says. In 2001, Hungary opted for leasing 14 Gripen JAS-39 fighter aircraft instead of American F-16s.

Cornstein characterizes bilateral relationships as “strong, and getting stronger.” “We are committed to engaging with Hungary and across Central Europe more broadly. Treating Hungary as an ally that we respect makes our alliance stronger, and of course it will improve the commercial side of our relationship as well. Our policy is working,” the Ambassador says. He views boosting trade ties and supporting Hungarian entrepreneurs that want to invest in the United States as a key mission of his mandate. “In a recent visit to Washington, I led a delegation of Hungarian business leaders to the SelectUSA Investment Summit, the highest-profile event dedicated to promoting foreign direct investment in the United States. Secretary of Commerce Wilbur Ross convened it. It connected foreign firms directly with U.S. economic development organizations to facilitate business investment and job creation. Fifteen Hungarian companies were represented in the Hungary delegation. I was very impressed with the summit and with the caliber of Hungarian entrepreneurs that came over. This kind of engagement – and greater awareness of the potential in both countries – will keep us moving in the right direction.”

When asked about contentious issues between the two countries, Cornstein replies that even the best allies and friends sometimes have disagreements, “and we don’t agree with Hungary on every issue. But we are allies, and we need to be engaged as allies so that we can face together the issues that endanger our collective security, whether it be Russian malign influence or threats posed by Chinese technology or the threat of terrorist attacks.” 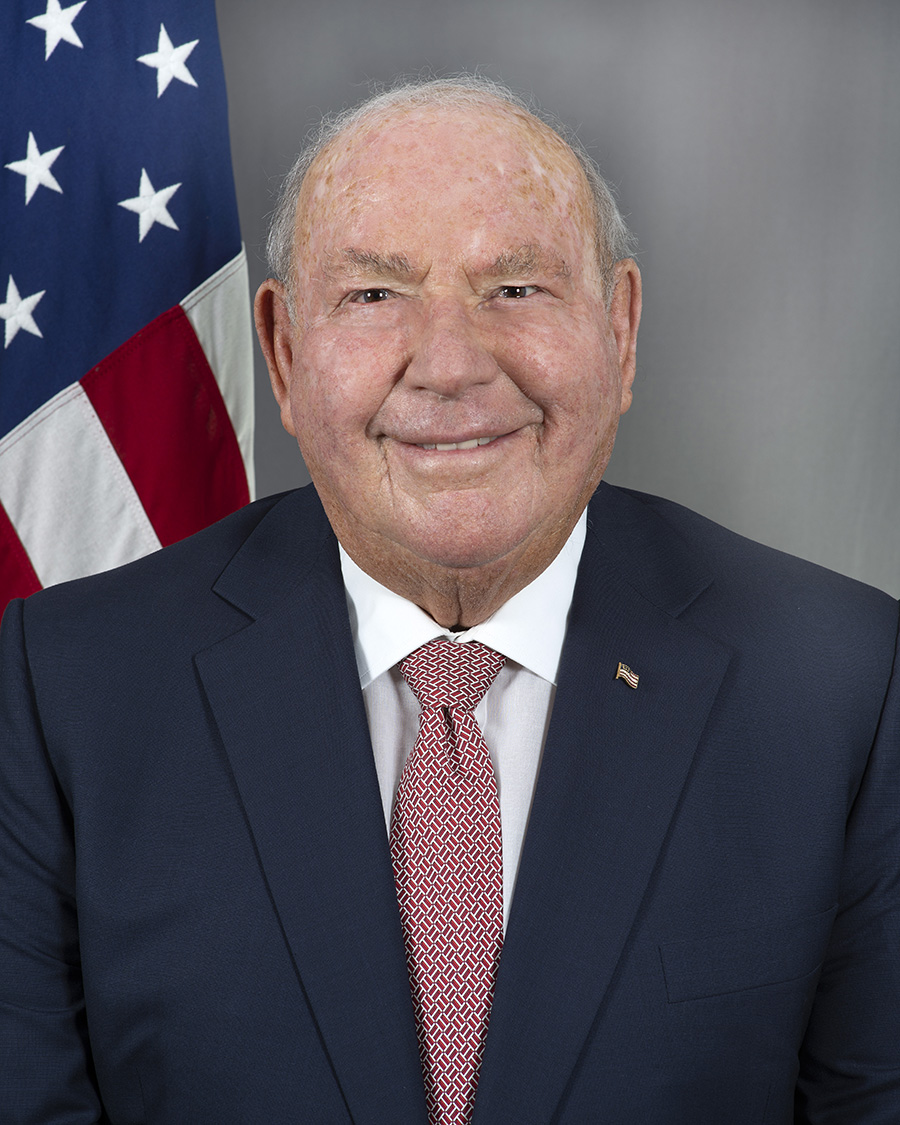 The accomplishments of the past year, “most notably, a sincere, very positive change in the tone of the bilateral relationship” is a source of satisfaction for the Ambassador. He highlights that there were several memorable milestones along the way, including his initial meetings with Prime Minister Orbán, the visit by Secretary of State Pompeo to Hungary, and Prime Minister Orbán’s meeting with President Trump in the White House. “President Trump and Prime Minister Orbán are alike in a lot of ways, and this meeting was an important opportunity for them to connect on a personal level and share their visions. I think the meeting underscored the sincerity of our friendship with Hungary and that we value Hungary as an ally. I think the Prime Minister’s heart is with the West. Looking to the future, I’m very optimistic about what we can accomplish now in the bilateral relationship,” Ambassador Cornstein says.

Contributing to this year’s celebrations marking the 30th anniversary of the end of Communism and the fall of the Berlin Wall, the U.S. Embassy in Budapest is engaged in several programs to commemorate these events and the courageous Hungarians who stood up to embrace the West and eventually join NATO and the EU. “We must never forget what was at stake in 1989, and we must keep the values of liberty and democracy in the forefront as we look to the future. “

Cornstein, who took over as U.S. Ambassador to Hungary one year ago, sees the country as “Europe’s hidden gem in so many ways,” because of its natural beauty, gastronomy, wine, and not least, its cultural heritage. “Now that I’ve lived here for a while and attended some performances, I’ve come to appreciate how talented Hungarians are when it comes to the arts. I just hosted the Kennedy Center at my residence, where they presented their prestigious Gold Medal in the Arts to some very accomplished Hungarians: Éva Marton, conductors Iván and Ádám Fischer, and composer György Kurtág."

He also holds in high regard Hungarian-born Americans, who have made enormous contributions to U.S. society. “Former New York Governor George Pataki is a good friend of mine; he had a very successful political career. The late Congressman Tom Lantos, the only Holocaust survivor in the United States Congress, was a champion of human rights and a protector of common decency all through his long political career. I’ve been very pleased to see that Hungarians continue to remember him and honor his legacy,” Ambassador Cornstein concludes.